A single person using pedals to weave the weave the yarn, which in the Basque Country is traditionally of linen or wool, operates this machine. The warp, that is, the vertical threads, are placed in frames called combs. The pedals allow the combs to operate in such a way that at one moment half of the threads are above and the other half below. The shuttle, a small frame with a needle with the weave thread, traverses the loom horizontally between the combs. The position of the combs changes when the pedal is pressed, so that the suttle crosses to the other side, crossing its thread in the warp.

From April 3 to September 29 of 2019, you can see this magnificent piece in the exhibition “Juan de Alcega, universal tailor” at the Basque Maritime Museum, in Donostia. 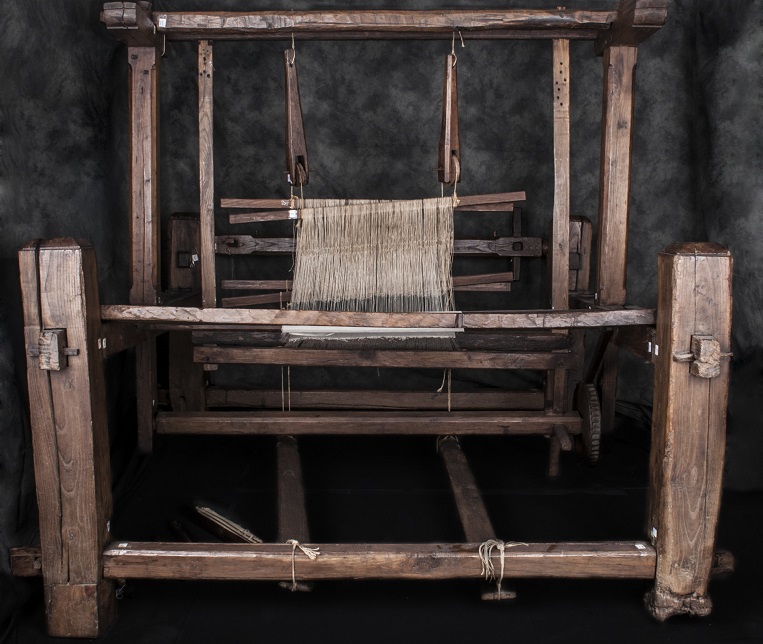