The most important Spanish impressionist, Darío de Regoyos, had close links to Irun from 1883 onwards when his mother settled in the town in Guipuzcoa, where the painter would live sporadically in the following years. His attraction to the area around the Bidasoa, which endured over time, led him on a great many occasions to paint the towns of Hondarribia and Irun; their urban areas and rural surroundings. In many of these works, Mount Jaizkibel becomes the focus of a composition that it helps to structure. Here, Regoyos countered the markedly horizontal orientation that determines its mass by using the diagonal lines that create the cornfields, which the bulk of the Juncal church stands on. The colour scheme, in which he blends cool greens with yellows and blues, is representative of his mature period. Author of the text: Mikel Lertxundi Galiana. 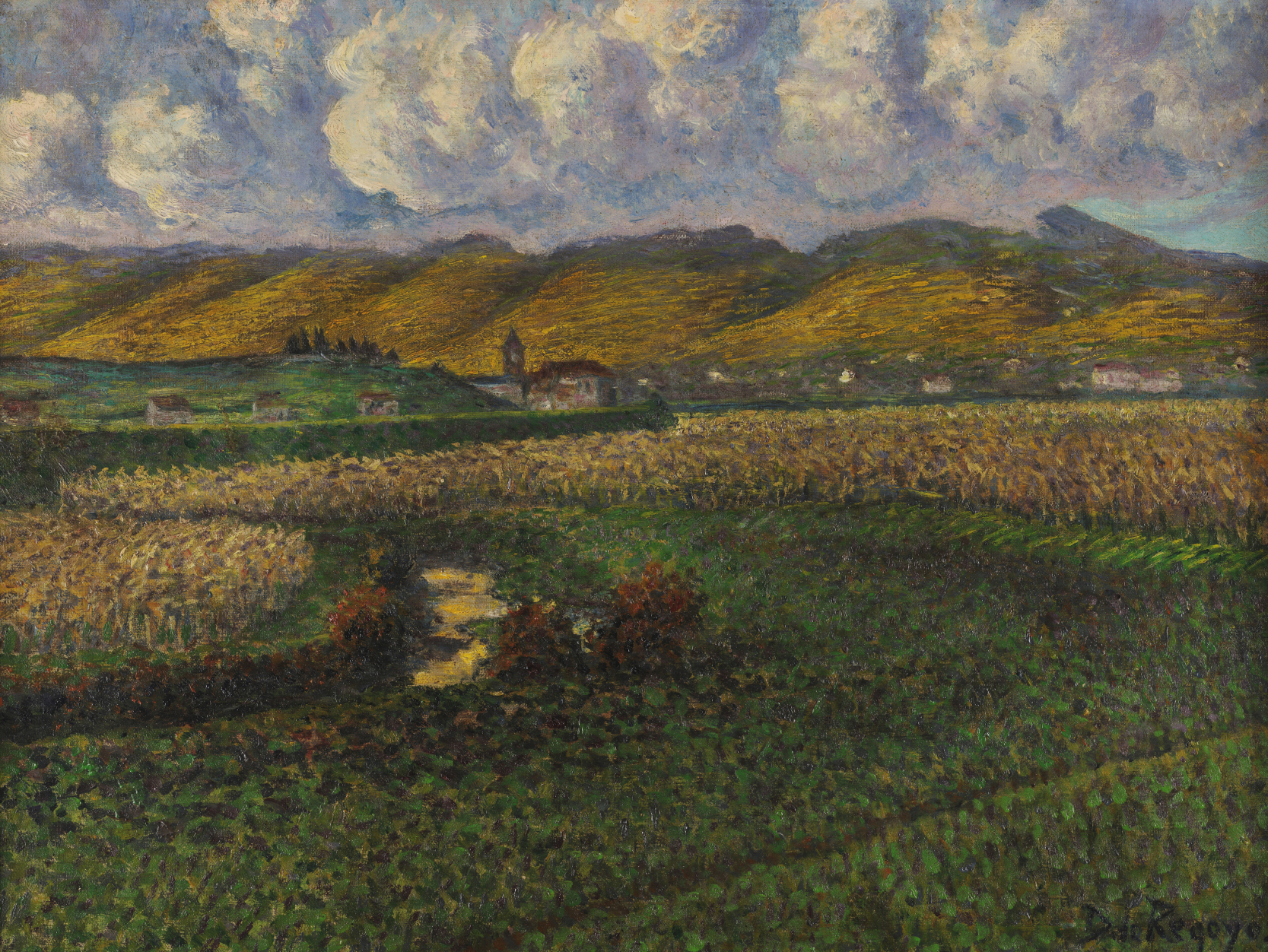